TL;DR: Be careful which PCI Express slot you use for your SATA-3 controller card. Performance difference could be 2x.

I built my current home PC in 2010. 4 years later I upgraded it with Samsung 840 EVO 256GB SSD. My ASUS P6TD Deluxe motherboard only supports SATA-2, which peaks out around 250MB/S, way below 500MB/S that SSD can handle. To address this bottleneck, I bought a cheap PCI Express controller card with Marvell 88SE9123 chip. I installed this card in the bottom PCI Express slot, connected SSD and forgot about it. Recently, however, I learned about a free software for benchmarking storage devices: Crystal Disk Mark. And boy oh boy, did my SSD performance suck:

I tought may be Windows 10 x64 default driver isn’t all that great, so I wanted to try vendor drivers. Marvell cares so little about this chip, it doesn’t even provide drivers on it’s own support site. I got Marvell 1.2.0.1047-WHQL OEM driver from the awesome french site Station-Drivers. It made performance slightly worse: 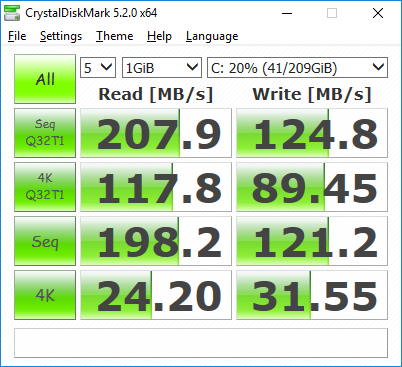 I reverted driver back to Microsoft.

At this point it hit me: what if the slot I’m using is not the highest performing one? Moving controller card one slot up, to PCI Express slot that would normally be used with a second CrossFire/SLI videocard, improved performance dramatically: 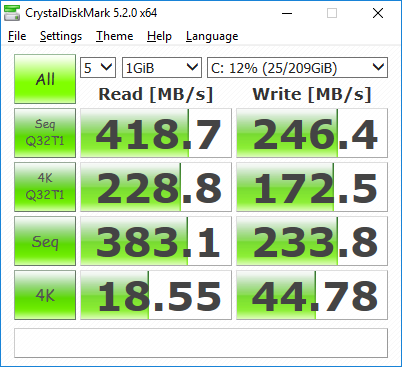 With controller in a new PCIE slot, I decided to try latest Marvell OEM drivers 1.2.0.1048_WIN10_WHQL from Station-Drivers: 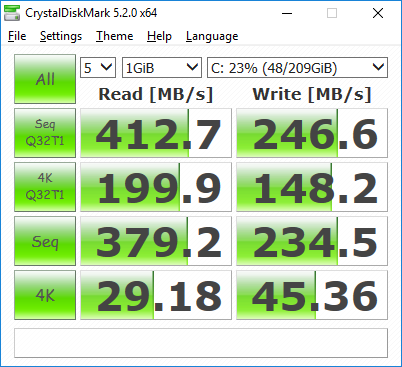